The League screen is accessed from the Create New Game screen. This is where you define the basic layout of the selected league: 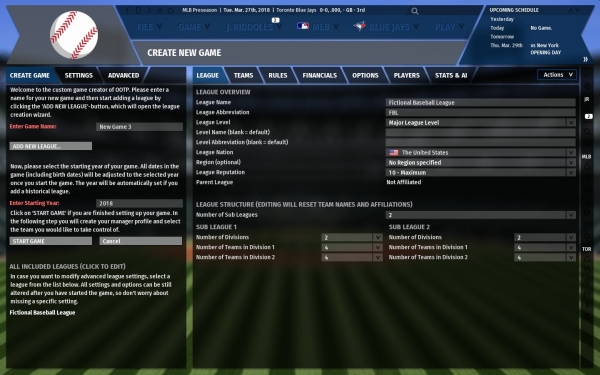 After a game is created, league structure can be only be edited further during the preseason or offseason using the League Structure Editor.

The League Structure Overview section allows you to set a few key variables for the selected league.

The League Structure Setup section defines the sructure of your league, in terms of subleagues, divisions, and teams.


See Game Universe Terminology for more information on these different terms. Beneath these options, the teams and divisions of each subleague are displayed.