The Players screen is accessed from the Create New Game screen during game creation. 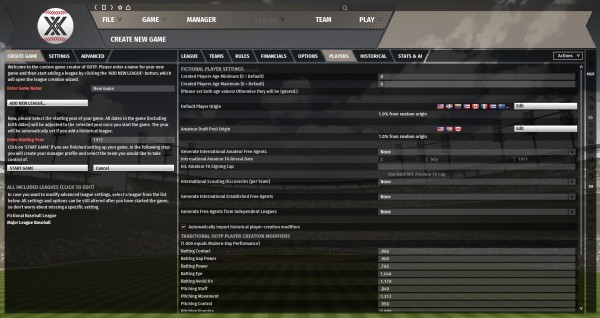 The Players screen is divided into the following sections:

Fictional Player Settings give you flexibility in defining your player population. 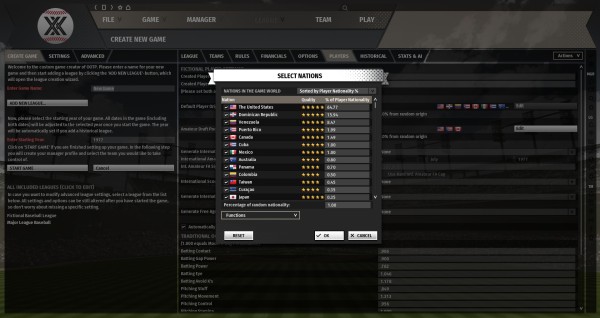 PCMs are set as percentages, with 1.000 being the default value. To change PCMs, increase or decrease a modifier. For example, setting Batting Contact to 1.500 will generate players who are significantly better than the default at making contact with the ball. Each modifier impacts one player rating.

Traditional OOTP PCMs cascade down through a league system, so that a parent league and all affiliated leagues rolling up to it share the same player creation modifiers.